The newer processor makes the Apple Watch SE more relevant in 2020 and the future. For example, the Series 3 doesn’t support Apple’s new Family Setup plan that lets you set up an Apple Watch for your child, with parental controls for messaging and location tracking. The Apple Watch SE does.

Then there’s the display and body. The Watch SE has a Retina display that’s 30% larger than the Series 3. That said, neither has the always-on display found on the Series 6. The SE comes in silver, space gray, and gold, whereas the Series 3 is available in just silver and space gray.

The Apple Watch Series 6 feels like it has perfected many of the features I liked about its predecessor. It has a brighter always-on display, a more powerful processor, faster charging, and two new color options to choose from. But the feature I was most excited to try out was its new sensor that measures oxygen saturation in the blood (aka SpO2) with the tap of a screen.

But unlike the ECG feature on the Apple Watch, which has been tried, tested, and cleared by the US Food and Drug Administration, along with the irregular heart rhythm notifications, SpO2 on the Apple Watch still seems to be in its early stages. Navigating all this new data can be daunting for anyone who’s not a medical professional.

Much like a pulse oximeter, Series 6 uses red and infrared light from its new sensor to determine the percentage of oxygen in the blood. But instead of shining the light through your fingertip, it uses the light that’s reflected from the blood vessels in your wrist to determine your oxygen levels based on the color of your blood.

During the setup process, you’re asked whether you want to activate SpO2 tracking, which I did, but you can always go back and disable it in the settings after the fact. The first thing I did after strapping on the Watch was open the Blood Oxygen app. It gives you a few tips on how to get the best result, and you need to rest your arm on a table or flat surface while the Watch is taking a reading.

With its new $330 Sense smartwatch, Fitbit is hoping you’ll want a sensor that measures your body’s reaction to stress, as well as other things like skin temperature and blood oxygen. The device also introduces a new buttonless design but otherwise doesn’t look all that different from its previous smartwatches.

Still, the Fitbit Sense is the company’s stab at what it calls an “advanced health” device, and it’s full of features to help it meet that promise. It can feel overwhelming when confronted with all the new data, but the Sense lays the groundwork for a future when somebody will put all this information to good use.

The Fitbit Sense is a comprehensive health-tracking machine with basic smartwatch features and a new navigation system that can be difficult to master. It offers more wellness tools than Apple and Samsung at a lower price, and it’s especially great for people who don’t mind wearing a watch to bed to glean more information about their health.

The Apple Watch Series 5 adds an always-on display to show the time all the time. An added compass aids navigation and improves elevation readings. However, battery life remains a day and a half at best.

No new health features, and the watch lacks native sleep tracking. It needs an iPhone to set up and work, and it offers only Apple’s growing but limited selection of watch faces. Apple’s subtly improved watch adds a key overdue feature and improved software with this update, but it remains mostly the same great smartwatch as last year.

The Apple Watch Series 5 isn’t super affordable, starting at around $400+, and in many ways, it’s nearly the same watch that last year’s Apple Watch Series 4 was. But its always-on display delivers one of the key features I’ve been wanting. I notice it a lot because now I can glance at the time when I’m typing—or casually watching TV. Or driving. No more weird arm twists.

It’s a feature that’s long overdue: The Pebble, Amazfit Bip, Fitbit Versa 2, Samsung Galaxy Watch, and Google Wear OS have had always-on modes for years. Always-on doesn’t improve battery life — in fact, it makes things a bit worse. But among smartwatches, the Apple Watch stands as the most feature-filled, well-performing wearable in existence.

Fitbit is best known for its wearable fitness trackers. However, the third generation Fitbit Versa 3 smartwatch series is the direct successor to last year’s Fitbit Versa 2.  The Versa 3 features built-in GPS, a new PurePulse 2.0 monitor, and support for Google Assistant and Alexa.

It seems to offer a better all-round package than its predecessor, but is it the best Fitbit smartwatch of the two? I’ve compared the Fitbit Versa 3 and the Versa 2 across five categories to find this out. Hopefully, this will help you to decide which is the device for you.

If you’re new to working out, chances are you’re a bit lost about which gym shoes will be the best workout shoes to support you and your feet as the right shoe choice for your new workout. And you don’t want just any pair of gym shoes or to pick the wrong shoe choice for your needs, especially if you’re going to be investing a lot of time (and potentially money) into your new training routine.

Whenever you start a new workout or training program, one of the first things you should do is figure out the best workout shoes to wear. The right type of workout shoe can be crucial to your workout (and your feet, from heel to midsole to toe), even if you plan on weight lifting, cycling, or you need walking shoes.

Making the right choice with footwear like sneakers is even more critical if you want to run and need the right running shoe. Or if you do CrossFit workouts or a HIIT workout, you need breathable gym shoes, offer comfort, and support your weight and joints.

Do you need a breathable mesh, anti-slip rubber, or a rubber outsole for your workout shoe? Do you need women’s workout shoes or men’s workout sneakers? Or do you go for the big brands like Nike, Reebok, and Adidas when selecting your perfect shoe? The options are endless.

Fitbit’s new Charge 4 looks a lot like the Charge 3, but it has stepped up its fitness game with onboard GPS and better activity tracking. Here’s everything you need to know.

The Fitbit Charge 4 has everything you need in a fitness tracker for under $200. It finally includes a built-in GPS to track outdoor workouts independently. It has better training tools for athletes, and it fits most of the same smartwatch features into a slimmer package than the more expensive Fitbit Versa 2.

It’s my favorite Fitbit yet. If you’re looking for a fitness tracker that behaves a lot like a smartwatch without the extra bulk, the Fitbit Charge 4 might be the perfect fit. 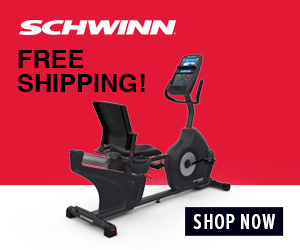 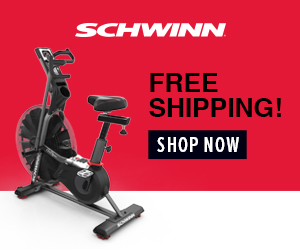